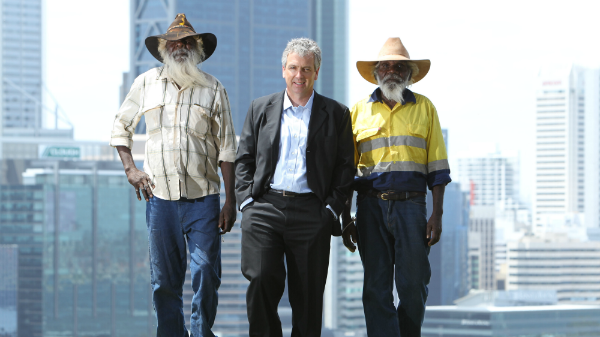 Cameco and the Martu signed the Kintyre Mining Development Indigenous Land Use Agreement in 2012.

The Kintyre joint venture is located in the remote East Pilbara region of Western Australia within the traditional lands of the Australian Aboriginal people referred to as the Martu. The word Martu means "one of us" or "person". Their territory or "country", as they call it, spans the expanses of Western Australia's Great Sandy, Little Sandy and Gibson Deserts. These vast desert areas, together with shimmering salt lakes, not only characterise Martu country, but sustain its people. The Martu, who traditionally lived by hunting and gathering, were one of the last groups of Aboriginal people in Australia to encounter non-Indigenous (European) settlers in the mid-twentieth century.

In September 2002, in a remote desert ceremony, the Federal Court of Australia granted the Martu people native title rights to their traditional land. The ceremony was conducted in the Martu community of Parnngurr which, together with Punmu, is located within the Karlamilyi (formerly the Rudall River) National Park. Parnngurr is about 80 kms to the south of Kintyre, while Punmu is about 100 kms to the east.

There are about 2,500 Martu people who are mainly found throughout the Pilbara region of Western Australia in communities and regional centres such as Kunawarritji (Well 33), Punmu, Parnngurr, Jigalong, Newman, Port Hedland and Fitzroy Crossing. While many Martu might call a particular town "home", they still retain a close and continued association with their traditional land; often spending weekends and holidays on hunting and gathering expeditions. Many Martu still converse in their traditional, Martu Wangka language, with English used as a second language.

The nearest large-scale mining operation can be found about 80 kms to the north of Kintyre at Newcrest Mining Limited's Telfer operation. This gold and copper mine trains and employs Martu people from throughout the Pilbara.

Cameco Australia acknowledges the Martu people as the native title holders of their traditional land in the Pilbara region of Western Australia. Our company respects Indigenous culture, heritage, values, and beliefs. Cameco is committed to building mutually beneficial relationships and opportunities that support the values of Cameco Australia and the interests of the Martu people, through effective engagement, consultation and communication.